With bags of charm, talent, and an abiding enthusiasm for traditional song, The Young’uns are making a big impact on the UK folk scene. Sean Cooney, David Eagle and Michael Hughes bring freshness and dynamism to their arrangements of close harmony songs, both with and without accompaniment. Everything from traditional sea and working songs to more recent compositions is present in their repertoire, and is delivered with originality and flair. Their natural rapport makes them an ideal choice for festivals, venues and clubs: they are effortlessly entertaining, with an irreverent sense of humour that always engages the audience.

The lads hail from Teesside, which features strongly in the songwriting of Sean Cooney. Though only in his mid-20s, he crafts powerful songs that are beautifully evocative of the area’s heritage, and have a timeless quality that many an older songwriter would envy.

2011 was a great year for The Young’uns. In the spring, they recorded a song for The Itch of the Golden Nit (Aardman Animations), a film conceived entirely by children, whose all-star cast also included David Tennant, Catherine Tate, David Walliams and Vic Reeves. They have played to enthusiastic festival crowds at Shrewsbury, Shepley, Warwick, Whitby, Priddy, Balerno (Edinburgh), Sedgefield and Southwell. They were “The Shantymen” in the critically acclaimed new production of Peter Bellamy’s The Transports at Sidmouth FolkWeek, directed by The SouthBank Centre’s Jude Kelly. They have also been in demand at song festivals in Europe, played Festival Maritim in Germany and Bie Daip in the Netherlands.

In 2012, they joined top names such as Bellowhead, Bella Hardy and Lau and signed for Navigator Records in London. “Buzz” bands do by their nature attract an audience, and The Young’uns were “buzzing” at this years Cambridge Folk Festival and will continue to as their brand new album reaches parts and people that others have not as yet reached. 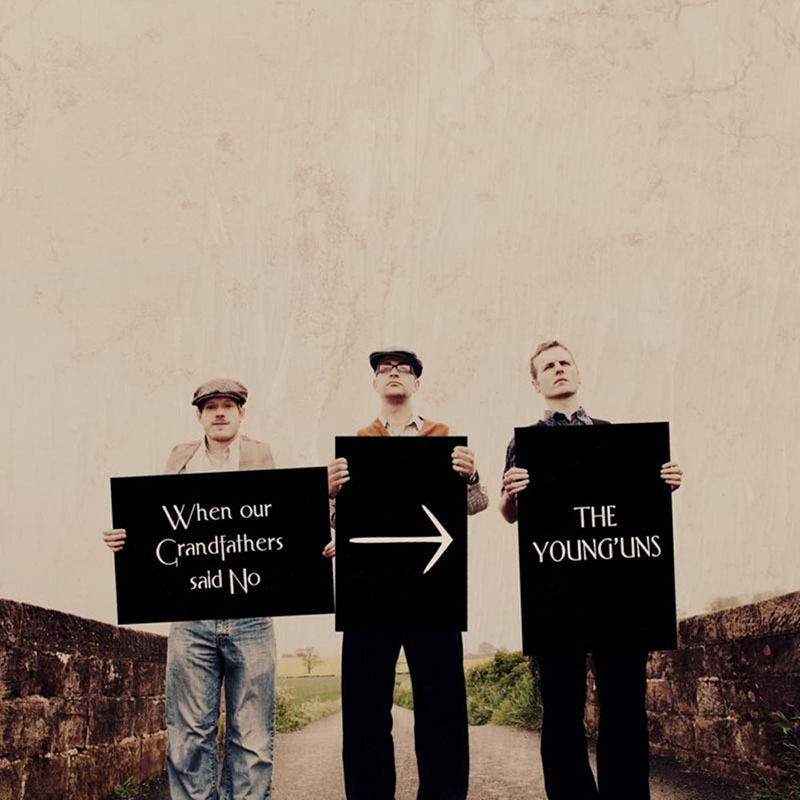