Moulettes have been playing together for several years now. After a couple of EPs and singles they released an acclaimed debut album on Balling The Jack/Sotones in 2010, which found its way on to several Best Of The Year lists. They also won an Innovation Award from the prestigious Fatea roots-music website. Their charismatic, idiosyncratic brand of modern folk music – which incorporates elements of prog-rock, indie, Classical, jazz and blues – enthralled crowds at many festivals, including Larmer Tree, Glastonbury, Big Session and Latitude, where they played BBC Radio 3’s Late Junction stage.

Having constantly been on the road for 4 years and enchanting crowds at Festivals as varied as Cropredy to End of the Road, Moulettes are steadily becoming regarded as one of the most exciting and original bands of the decade. Nominated for Best Group in Alternative BRIT Awards and Winners of Best Band category of  Spiral Awards 2013, they now are launching their third album ‘Constellations’ into a musical atmosphere that rarely sees such accomplished musicianship, storytelling and song craft working so harmoniously together. By exploring new blends of rock, pop, classical and folk music they have commanded respect by renowned players and DJs around the UK, including Bob Harris and Cerys Mathews. The ‘Constellations’ sessions saw Herbie Flowers (Lou Reed, David Bowie), Arthur Brown (God of Hellfire), Emma Richardson (Band of Skulls), Blaine Harrison (Mystery Jets) and The Unthanks join the band in the studio.

Moulettes’ entrancing combination of strings and the celestial; wind and weirdness; rhythm and murder has lead to comparisons with the the Unthanks, Tom Waits and Shostakovitch. But, they have a sound and presence all of their own. Unmissable and destined for the heights.

“Frontrunners of the new British acoustic scene thanks to their sophisticated, unpredictable approach” **** Robin Denselow, The Guardian

“Divine harmonies… Orchestral folk at its very finest.” ***** Time Out 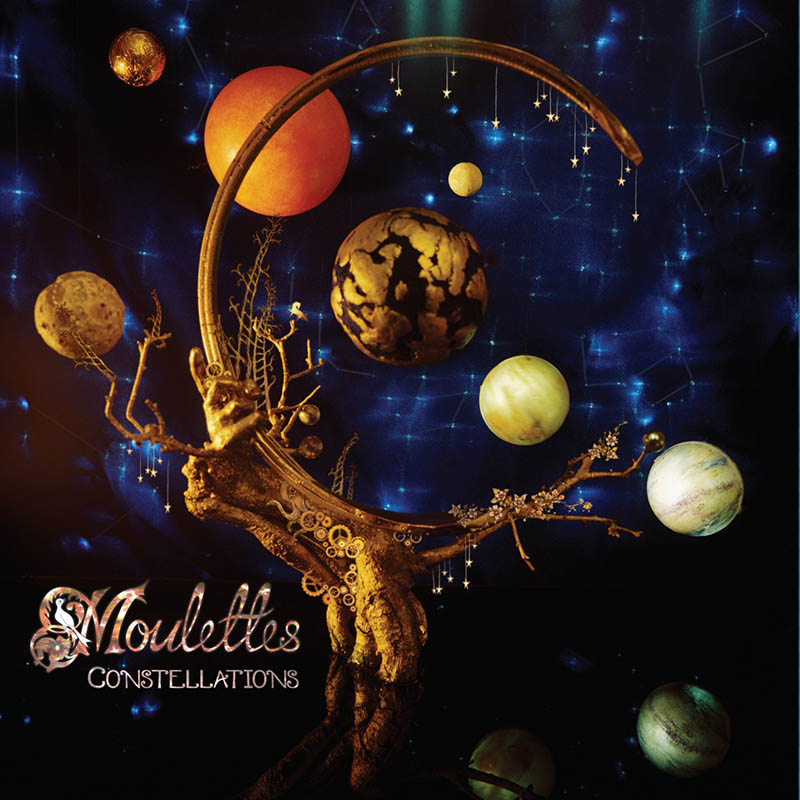