Following the release of their 2009 CD a.h.a.b., Callum Adamson and Dave Burn were invited to play a residency at the famous ‘Tootsies Orchid Lounge’ during Nashville’s Country Music Awards festival in Nashville, Tennessee. They recruited Seebs Llewellyn and Luke Price and spent a week playing two shows a day to packed houses, and were even given an invite to record at Warner Studios in Nashville.

ahab returned to London and decided to make the new line-up permanent, they spent two months busking in east London, which is where their unique sound took shape – four part harmonies accompanying extremely accomplished song writing. While busking, the band created such a stir on the streets that they were warned by Police not to perform at markets anymore as the crowds that gathered were blocking the streets.
It was time to look further afield.

In August 2010 ahab were invited to play Fairport Convention’s Cropredy Festival on the strength of a YouTube video of them busking on Brick Lane, ‘Whispering’ Bob Harris watched them storm the 15,000 strong crowd from the side of the stage and invited them there and then to record a session for his Saturday night BBC Radio 2 programme. At this point ahab still did not have a CD available for their rapidly growing fan base to take home.

So, in October 2010 ahab went into London’s Snap Studios to record a 5 track EP of self-penned songs. Impressed by the results, Bob Harris offered to host their EP launch at the BBC Club.

Then the word got out.

Legendary producer John Leckie attended one of their early shows and offered to return to Snap Studios to record ‘Lucy’, a download single. In February 2011, to promote ‘Lucy’, ahab played their first national tour comprising of over 20 shows with most of the dates selling out in advance. In April 2011 ahab recorded another 5 track EP – KMVT – for Navigator Records at Real World Studios, once again with John Leckie at the helm. KMVT was released in October 2011. Throughout the summer 2011, ahab were very busy performing at over 20 festivals in the UK and Europe as well as several of their own shows. In November 2011, ahab joined fellow Navigator stablemates Bellowhead as guests on their sellout UK tour playing to 20k people. 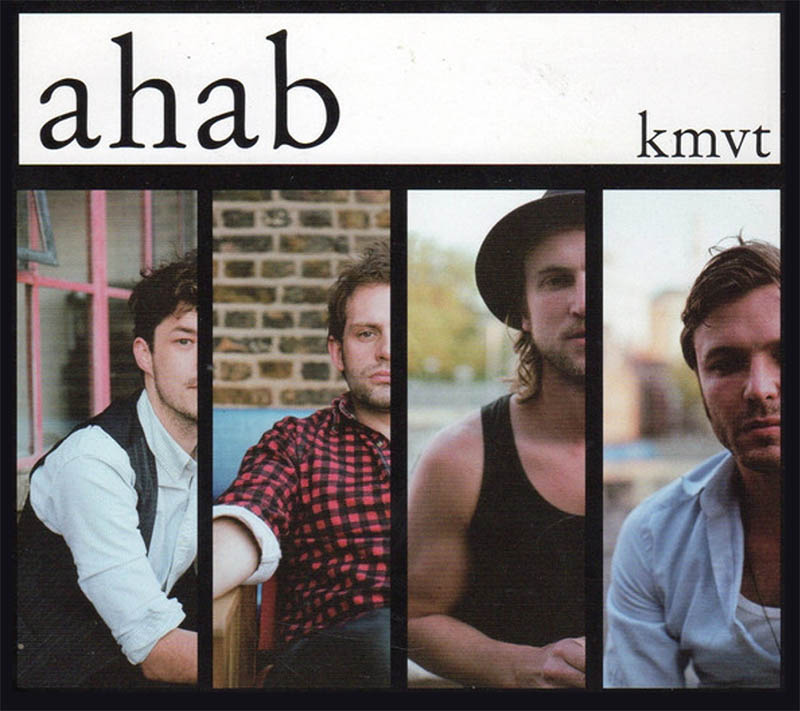