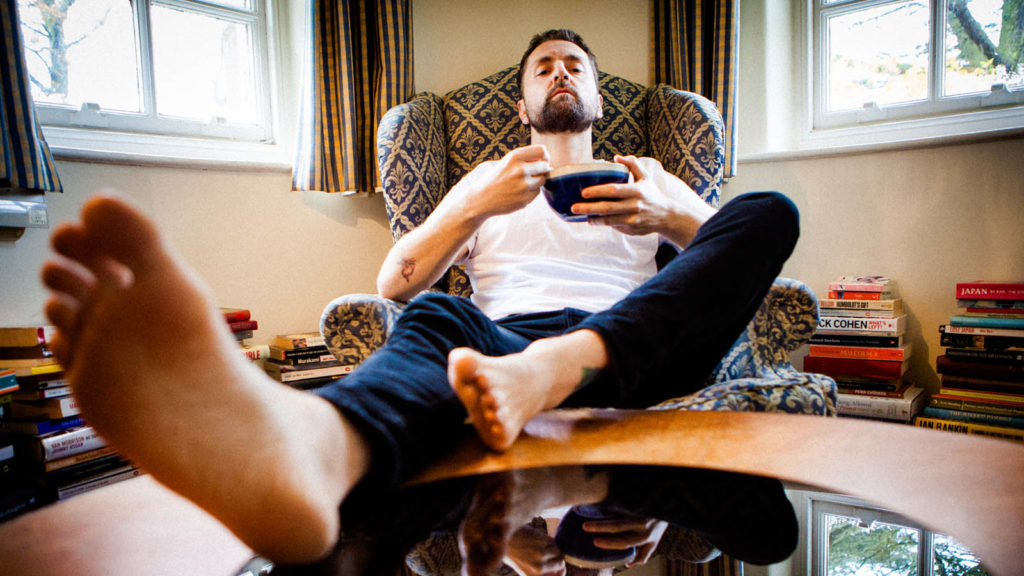 A nomad both geographically and musically, Ross writes from the heart eschewing any specific genre and the twelve new songs on The Water Of Leith, addressing themes of love, loss, travel, home, accepting the past and embracing the future, are painted with colours of folk, jazz, soul and pop; an eclecticism that has become a hallmark of Blue Rose Code and has seen him compared to John Martyn, Van Morrison and Tom Waits.

Underlining the sense of movement and place in Ross’s work and The Water Of Leith is rooted in his return to his Scottish homeland. There, he reconnected with the stellar musicians who were to become an integral part of the new album’s sound: multi award-winning singer Julie Fowlis, celebrated Gaelic singer Kathleen MacInnes, BBC Folk Award Winner, Ross Ainslie, 2017’s Scottish Jazz Awards’ instrumentalist of the year Konrad Wiszniewski, leading violinist Seonaid Aitken and three of Scotland’s finest jazz musicians; John Lowrie, Colin Steele and James Lindsay, to name just some of the contributors. Grammy-winning American singer-songwriter Beth Nielsen Chapman features on the opening track. Ross co-produced the album with Angus Lyon.

The Water of Leith

by Blue Rose Code
Available now on:
Back